Chris is probably the most famous Lion of the new era of young Lions playing overseas. Chris spent his junior baseball days playing for Lions and spent 1997 and 1998 in Seniors before being whisked to the USA to play for the Seattle Mariners organization.

On March 2nd 1999 Chris was signed as a free agent out of Australia by the Seattle Mariners. He quickly established himself as the franchise’s top position prospect in the system. He played with Everett and in his first Pro Season and led the team in games, hits total bases, home runs and RBI’s. He was also invited to try out for the Australian Olympic Baseball Team. In 2000 he was named the third best prospect of the Mid-      West League and was named in the Mid West League All Star Team. Chris participated for Australia in the 2000 Olympics. In 2001 Chris led the averages in the Mariners farm system and was named San Bernardino’s Most Valuable Player. He was named player of the week on numerous occasions and Player of the Month for the California League. At the end of the season he was named Sports Tickers All-Prospect and in the All-Teens Team. He was often compared to Lenny Dykstra due to his aggressive play and inability to stay off the injured list. Chris made it to the big Leagues on May 25 2002 playing for the Seattle Mariners against Baltimore at Tampa Bay. On May 29th he hit his first Major League home run off Tanyon Sturtze an his 12th career at bat. On June 4 at Oakland during a base running mishap he tore his ACL in his left knee and ended his season.

In 2003 after recovering from injury Chris was optioned to San Antonio and with good play was promoted to Tacoma. 2004 he missed a full 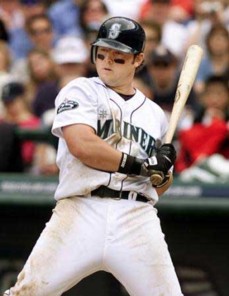 season due to surgery in his right hand. Chris was recalled to Seattle on two occasions in 2005 the first time for 9 games before being optioned to Tacoma and the second time for 6 games before injury. 2006 saw Chris enter the season as one of Seattle’s top prospects and when reinstated to the Majors went 10 for 23 during a career best 8 game hitting streak. On December 13th 2006  the Washington Post reported that Snelling and Mariners pitching prospect Emiliano Fruto would be traded to the Washington Nationals for veteran second Baseman Jose Vidro. The trade was completed several days later. Following the Virginia Tech Massacre players from the Nationals wore Virginia Tech baseball caps for their game against the Atlanta Braves on April 17th 2007. Chris’ cap was then sent to the hall of fame in Cooperstown. On 2 May 2007 Chris was traded to Oakland Athletics. He played 6 games with Oakland before another injury to his knee. Chris was then traded to the Tampa Bay Devil Rays in October 2007 and then to the Phillies where he played in the Minors.  On April 12, 2008, Snelling was recalled from the minor leagues by the Phillies after an injury to Shane Victrino. Despite getting only 4 AB, he had two very key hits for the Phillies who won the division by just three games. On April 15, he hit a pinch hit, first pitch HR off Houston Astros closer Jose Valverde in the 9th inning with his team down three runs. The Phillies scored three more runs in the inning and won the game. On June 6, he hit a pinch hit double to lead off the top of the 10th inning against the Atlanta Braves. The Phillies scored two runs in the inning and won the game. Chris signed a minor league deal with San Diego Padres on March 14, 2009. On June 10, 2009, Snelling was traded to the Pittsburg Pirates for future considerations, but was released after Ryan Doumit was activated. He played the rest of the season with the Monterrey Sultanes in the Mexican League. 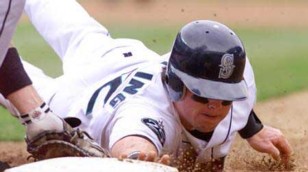 Chris grew up in Australia and has played for the Australian National Team. He hit two of Australia's four home runs in its victory over Mexico on March 8, 2009, during the 2009 World Baseball Classic. He returned home in 2012 and played for the Central Coast Marlins in the Sydney Major League and for the Sydney Blue Sox in the Australian ABL where he was selected to represent Australia in the 2012 World Baseball Classic. Chris currently resides in the US but has always had plenty of time for the Lions Baseball Club. On the few occasions he has been home he has appeared at Lions functions to talk about his career 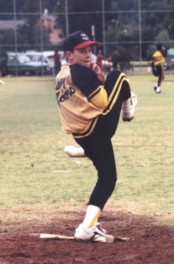 Chris also represented Australia in 1999 as well. Chris has always had plenty of time for the Lions Club and on the few occasions he has been home has appeared at Lions functions to talk about his career. 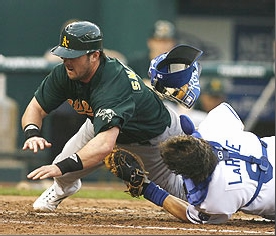